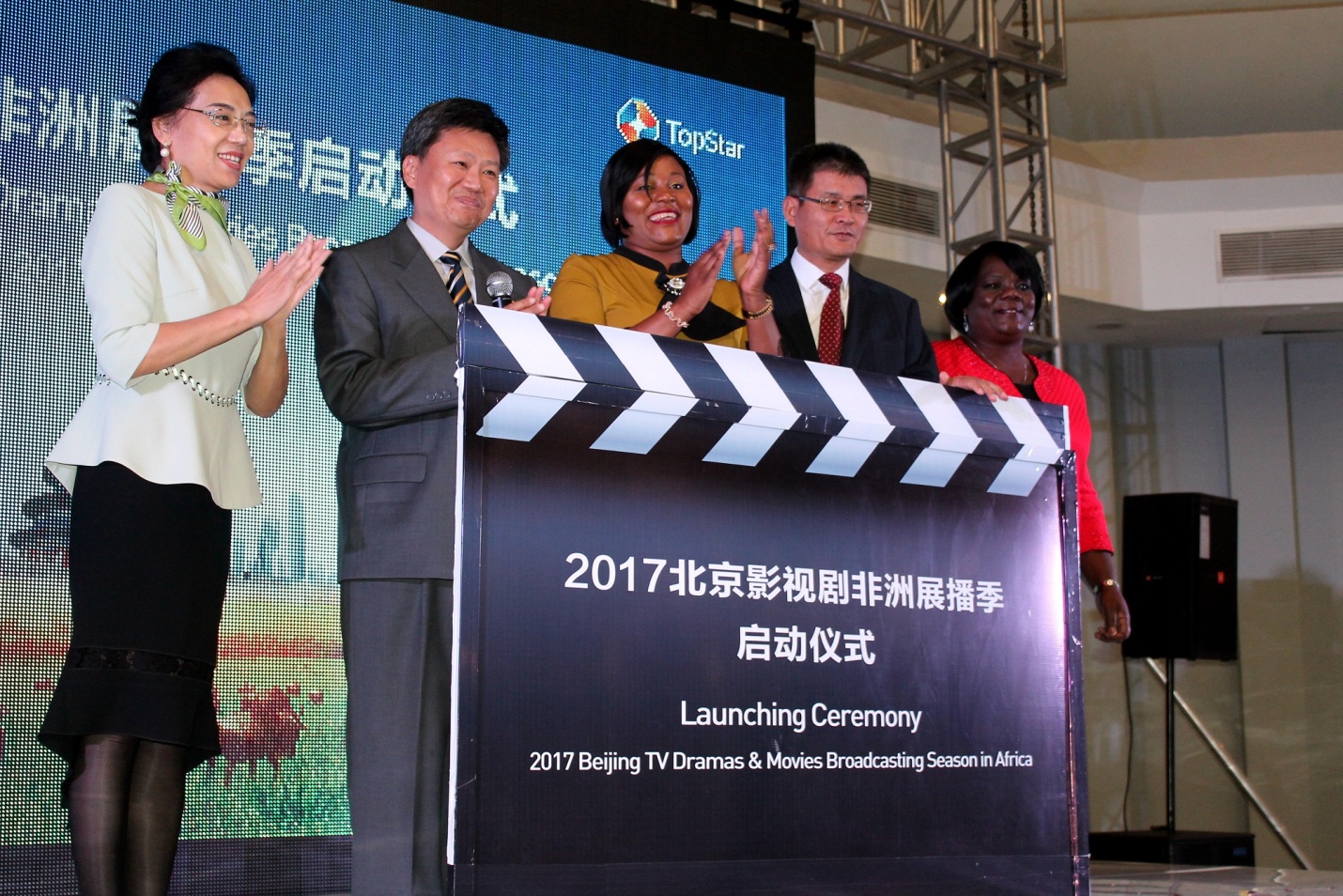 Zambia’s Minister of Information and Broadcasting Services Mulenga Kampamba said that the launch of the 2017 Beijing TV Dramas and Movies Broadcasting Season in Africa is testimony to Africa’s ties to China.

Speaking at the launch event, Kampamba said the cultural event not only brought the people of Africa and China closer together but also created an avenue for the Zambia TV and Movie industry to tap into the expertise from Beijing.

In a speech read by the Deputy Director of Beijing Municipal Bureau of Press, Publication, Radio, Film and Television Wang Yefei, from 2005 to 2015, the number of the business organizations in broadcasting, film and TV industry in Beijing increased from 255 to 3,848.

Mr Wang said over 3,000 drama episodes are produced annually in Beijing, which shares 20% of the whole output across the country. Every year, negotiations and trades of 90% of TV series of the whole nation take place there.

300 movies are produced annually in Beijing, taking up half of the annual output of China. By the end of June, 2016, Beijing had 23 theatre chains, 189 cinemas, and 1088 screens (including 14 IMAX screens). The per capita number of screen ranks first in China.

The 2017 TV Dramas and Movies Broadcasting Season in Africa, hosted by StarTimes in partnership with Beijing Municipal Bureau of Press, Publication, Radio, Film and Television will see a number of movies and TV series being screened on StarTimes Sino Drama channel across Africa.

During the broadcasting season, African audiences will be able to watch eight popular Beijing TV dramas & movies on StarTimes platform with the Sino Drama, such as Guardian of Beauty, Let’s Fall in Love, Struggle and Everybody’s Fine.  And 17 movies and 400 drama episodes in total will also be available on StarTimes platform in the course of a year.

According to Wang, the TV dramas and movies cover a wide variety of genres to meet the demands of audiences of different age groups, such as romance, family, youth, Chinese Kung Fu, as well as shows catering to the kids’ needs. These will enable the African audience to get a panorama of China in terms of people’s everyday lives, emotions and dreams set in different periods.

Vice President of StarTimes Group, Guo Ziqi said the broadcasting season will help to promote the mutual understanding and friendship between Chinese and African people.

Ms Guo said that the company is to bring a large number of latest and excellent Chinese TV dramas and movies to African audience with superior dubbing and broadcasting technology in the coming year.

The StarTimes Sino Drama channel is broadcasting in Africa with 3 audio tracks -English, French and Portuguese, offering audiences enough freedom to choose the language that they prefer.