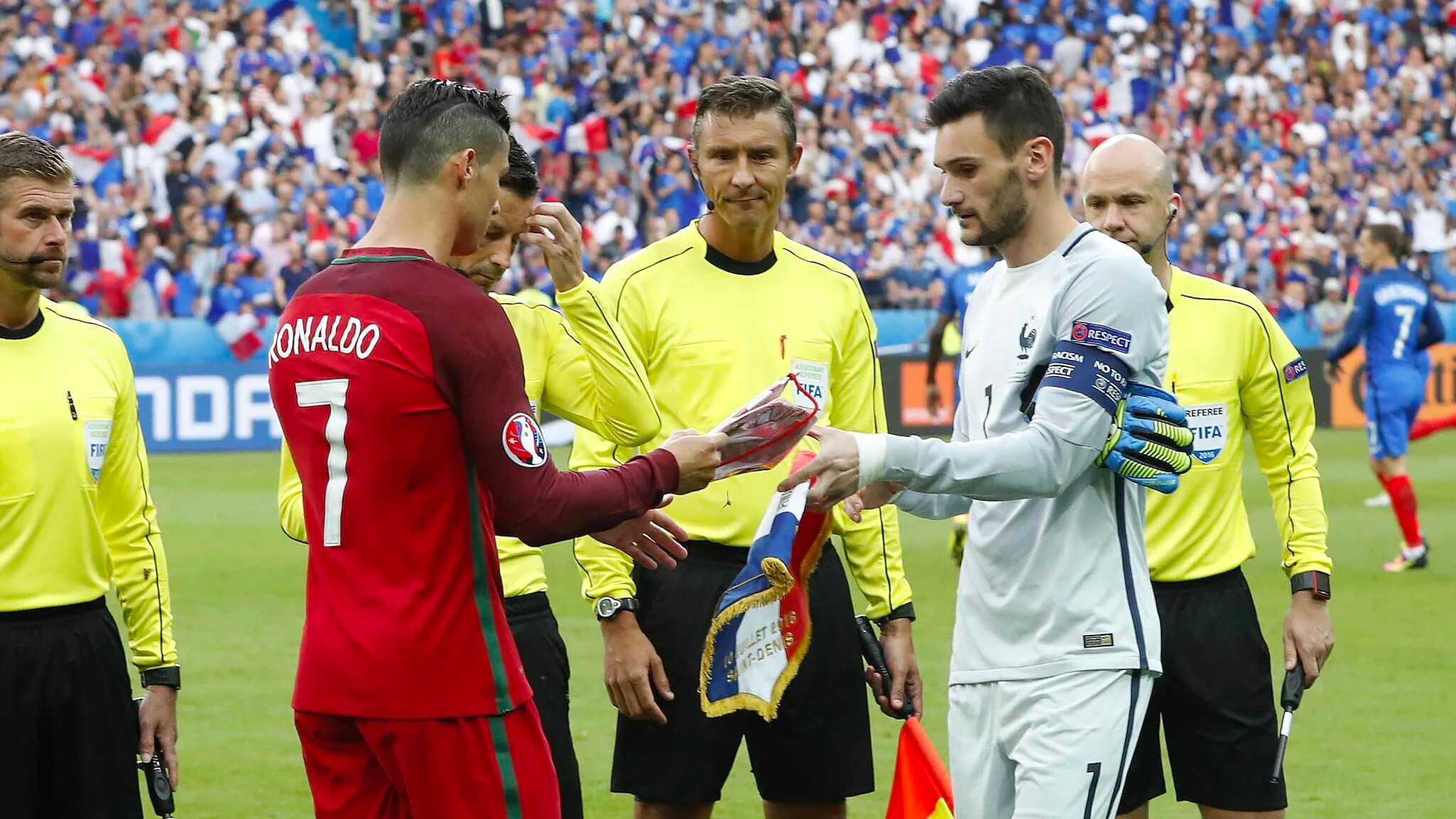 When Europe’s governing football body UEFA introduced the Nations League, they did so to enable countries to play competitive matches in between major tournaments.

And a look at some of the fixtures of matchday three and four in the competition, would suggest they have achieved their goal.

On Sunday the two leading teams in Group 3 of the top tier of the Nations League, France and Portugal, face each other in the Stade de France in Saint-Denis.

Together with Belgium, they are the only countries to have started their campaign with two wins in the Nations League A, but with only the top team qualifying for the finals of the competition, there is a lot at stake when the two meet.

Three days later, Les Bleus travel to Zagreb, for a rematch of the 2018 World Cup final, which France won 4-2 against Croatia, who sensationally made it all the way to the championship match.

Manchester United’s Paul Pogba, who missed France’s opening games in the competition, has been recalled by coach Didier Deschamps, after recovering from injury.

There was also some good news ahead of the game for Croatian coach Zlatko Dalić, as authorities have said that they will – as per UEFA regulations – allow 30 per cent capacity in the Maksimir Stadium in Zagreb.

As fans are not permitted to travel to away matches, captain Luka Modrić and his team-mates are guaranteed of full support during the game, which they need to win if they want to retain any chance of advancing.

But it is not only in Group 3 that fans can look forward to some top class football, as the top ranked country in the world, Belgium, face England, who are ranked fourth in Group 2.

Like the game between France and Croatia, the fixture in Wembley Stadium on Sunday is a rematch from the World Cup, as Les Diables Rouges beat Gareth Southgate’s team 2-0 in the play-off for third place.

Southgate has called up three newcomers to his squad, including exciting Arsenal teenager Bukayo Saka, who turned down an opportunity to play for Nigeria, opting instead to make himself available for England.

The 19-year-old is a versatile player, who can play left-back or in a more attacking role, prompting Southgate to say: “It’s an area of the pitch we’re keen to look at a different profile of player. He can play a number of different roles very comfortably.”

Belgian coach Roberto Martinez has called up his strongest side for the two games against England and Iceland, though there is some doubt whether captain Eden Hazard will be able to play as he has not fully recovered from an injury that kept him out of Real Madrid’s game on the weekend.

But with Inter Milan striker Romelu Lukaku in excellent form at the moment, the visitors will fancy their chances in Wembley.

The top clash in Group 1 sees the Netherlands away to Italy in Bergamo on 14 October. For Dutch coach Frank de Boer, the game in Bergamo and the clash against Bosnia and Herzegovina three days earlier are his first foray into international football, as he was only appointed last month after Ronald Koeman’s sudden departure to take over Barcelona.

With games such as these, football fans throughout Africa can look forward to seeing some world class players in action on their screens as the matches are being broadcast live and in HD on the StarTimes channels.

Peter Auf der Heyde is an award-winning football journalist and author, who covers the big European leagues. As a South African by birth, he is particularly interested in the African connection within European football and has covered 12 consecutive Africa Cup of Nations tournaments live. Formerly head of sport at the English service of the German Press Association, he is one of the leading Bundesliga experts.