Ending the AIDS epidemic, StarTimes is in action 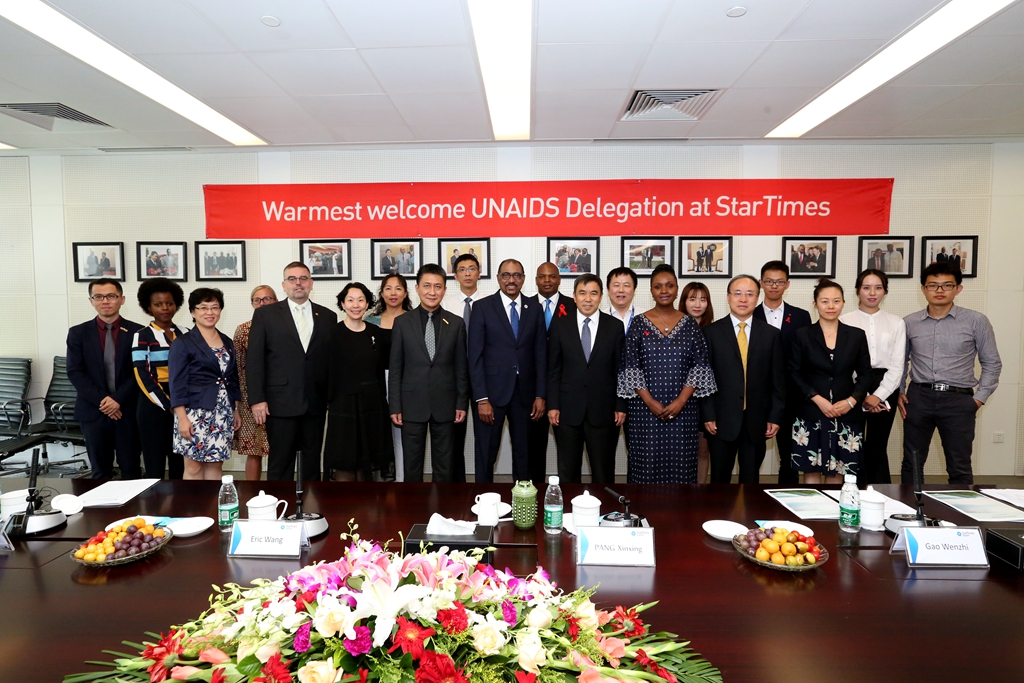 The first meeting of UNAIDS and StarTimes partnership was held on Thursday (17th August) in Beijing with the two sides having deeply talked about the future cooperation plan to help eliminate the influence of AIDS in Africa and achieve the global common goal of “Ending the AIDS epidemic by 2030”.

On 8th June, 2016, Members of United Nations unanimously passed The Political Declaration on AIDS and world leaders committed to end the AIDS epidemic as a public health threat by 2030.

According to the UNAIDS 2016 Global AIDS Update, since the first global treatment target was set in 2003, annual AIDS-related deaths have decreased by 43%. AIDS related deaths in the region have decreased by 36% since 2010. However, huge challenges lie ahead. In 2015 there were 2.1 million new HIV infections worldwide, adding up to a total of 36.7 million people living with HIV.

On 12th May, StarTimes and UNAIDS formally established partnership with signing a memorandum of understanding in Beijing with the aim of achieving a shared objective and common goal, which is to end the AIDS epidemic by 2030.

StarTimes and UNAIDS are committed to work together to increase awareness of HIV and to reduce stigma and discrimination of people living with HIV and whose live affected by HIV across the broadcast networks of StarTimes that are available throughout the African continent.

Michel Sidibé, UNAIDS Executive Director and Under Secretary-General of the United Nations, said at the first meeting with StarTimes: “Challenges we are having today are more difficult than the challenges we used to face. The prevention doesn’t work for the people left behind, the people difficult to reach and the people living in difficult conditions.”

“We are failing to reach them,” Sidibe said with noting that UNAIDS’ collaboration with StarTimes will help find new ways and best ways to communicate with people about the HIV prevention.

“Ending the AIDS epidemic, StarTimes is in action.” The President of StarTimes Group, Pang Xinxing said at the meeting and illustrated that the branch company of StarTimes in Uganda and UNAIDS Uganda Office have reached a detailed work plan to promote the anti-AIDS campaign in Uganda.

He also disclosed a plan that StarTimes together with UNAIDS is to donate digital TV signal receiving equipments to HIV clinics in Zambia in September, enabling the medical workers and patients to watch abundant digital TV programs for free.

“We are honored to work together with UNAIDS to shoulder the mission…Let’s move towards the global common goal of ‘Ending the AIDS epidemic by 2030’,” Pang concluded.

At the meeting, StarTimes and UNAIDS also had discussions on involving more partners in their cooperation, such as Bundesliga, China-Africa Business Council and Organization of African First Ladies Against HIV/AIDS.