President Pang’s speech at the 30th anniversary of the founding of StarTimes Group: We never give up! 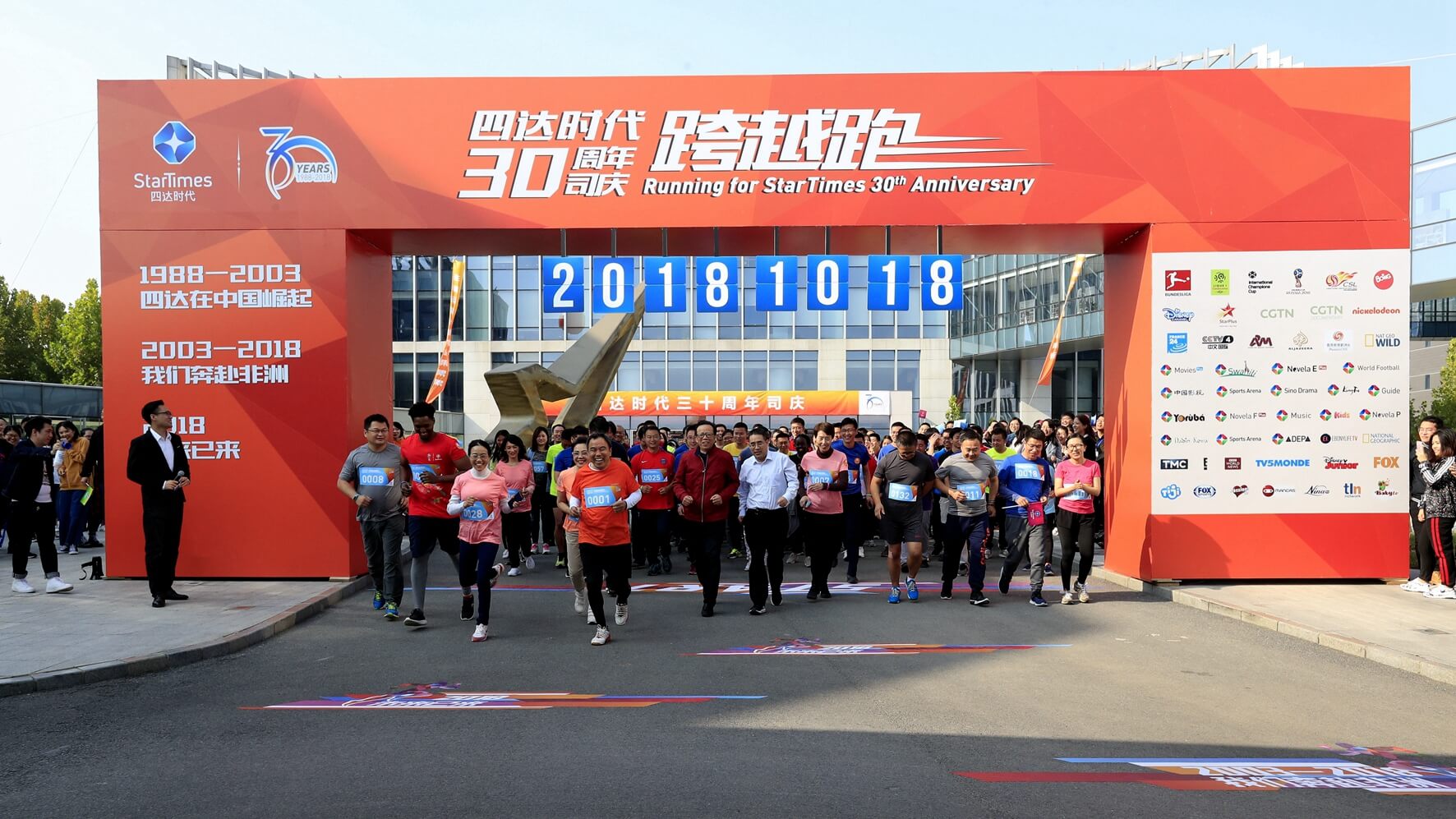 The following are parts of Pang’s speech at the 30th anniversary of the founding of StarTimes Group:

Today, we get together here to celebrate the 30th birthday of StarTimes, reviewing our development history, and opening a new journey for the future.

On the same day 30 years ago, StarTimes was born in Qinhuangdao City. After 30 years of development, StarTimes has experienced tremendous changes and grown from small to large. Standing here today to share this great day with everyone, I’m filled with all sorts of emotions and the past time is still vivid before my eyes.

At the early stage of business, StarTimes had no resources, no connections, no experience. Adhering to the spirit of hard work, we strived to learn and work hard. One order by order, on province by province, we gradually opened up the market. Thanks to the spirit of persistence, StarTimes has created several NO.1s in the Chinese broadcasting and TV industry. The accumulation of this period has not only formed a corporate culture of “customer-centered, struggle-oriented, persistence in innovation, integrity, diligence, dedication”, but also preliminarily established the vision of “becoming media group with global influence”. It has laid an important and solid foundation for us to go abroad and advance overseas.

In 2002, StarTimes went abroad to Africa and began to expand overseas markets. In 2007, we obtained the first operating license in Rwanda, officially opening a new journey for the investment, construction and operation of digital TV network in Africa. In the past ten years, we have built the world's largest heterogeneous network platform across continents, countries and networks, and created a content generation mechanism integrating program integration, program translation and program production. We have set up an international, localized and professional team, with business in 37 countries in Africa and more than 20 million users.

In the past 30 years, the setbacks that we have had experienced, the difficulties we have had overcome, and the crises that had been resolved cannot be expressed by numbers. But no matter what, we always stay true to our mission and never give up. In the spirit of persistence, we are unswervingly moving toward our established goals.

During the 15 years in Africa, we have grown from nobody to the fastest-growing and most influential digital TV operator, forming a strategic situation of tripartite confrontation with the Naspers and Vivendi Group. Apart from that, we founded the African Digital TV Development Seminar, created the digital migration model, undertook the great project of “Provide Satellite TV Access to 10,000 African Villages”, and held the highly acclaimed dubbing contest, the film and television exhibition season, the movie caravan to the countryside, etc. we have become a progressive force full of vigor and vitality in the African media field.

No matter how the market changes, no matter how perilous the situation is, our vision of “enabling every African family to afford digital TV, watch digital and enjoy digital TV” remains unchanged. It is us who ended the era in Africa when watching TV is the privilege of just a few rich people; it is us who pushed for the development of African radio and television from analog to digital; it is us who opened up a window for African people to understand the world and understand China; it is us who brought the advanced technology, products and services to Africa and enable the African people to join us in sharing the beauty of digital TV! It can be said that we are engaged in a great and noble cause that promotes the development of African society.

30 years isn’t a short time; it marks a milestone in the quest for a better future. 30 years isn’t a long time, because our rich heritage will steer us to greater heights against all odds. I believe in the near future, StarTimes will make a major breakthrough by becoming the world’s leading media group with global impact.

Last, I would like to thank you all for your contributions to StarTimes. In the meantime, I hope everyone will firmly believe that together we can and we will realize even bigger dreams and make an even bigger impact!