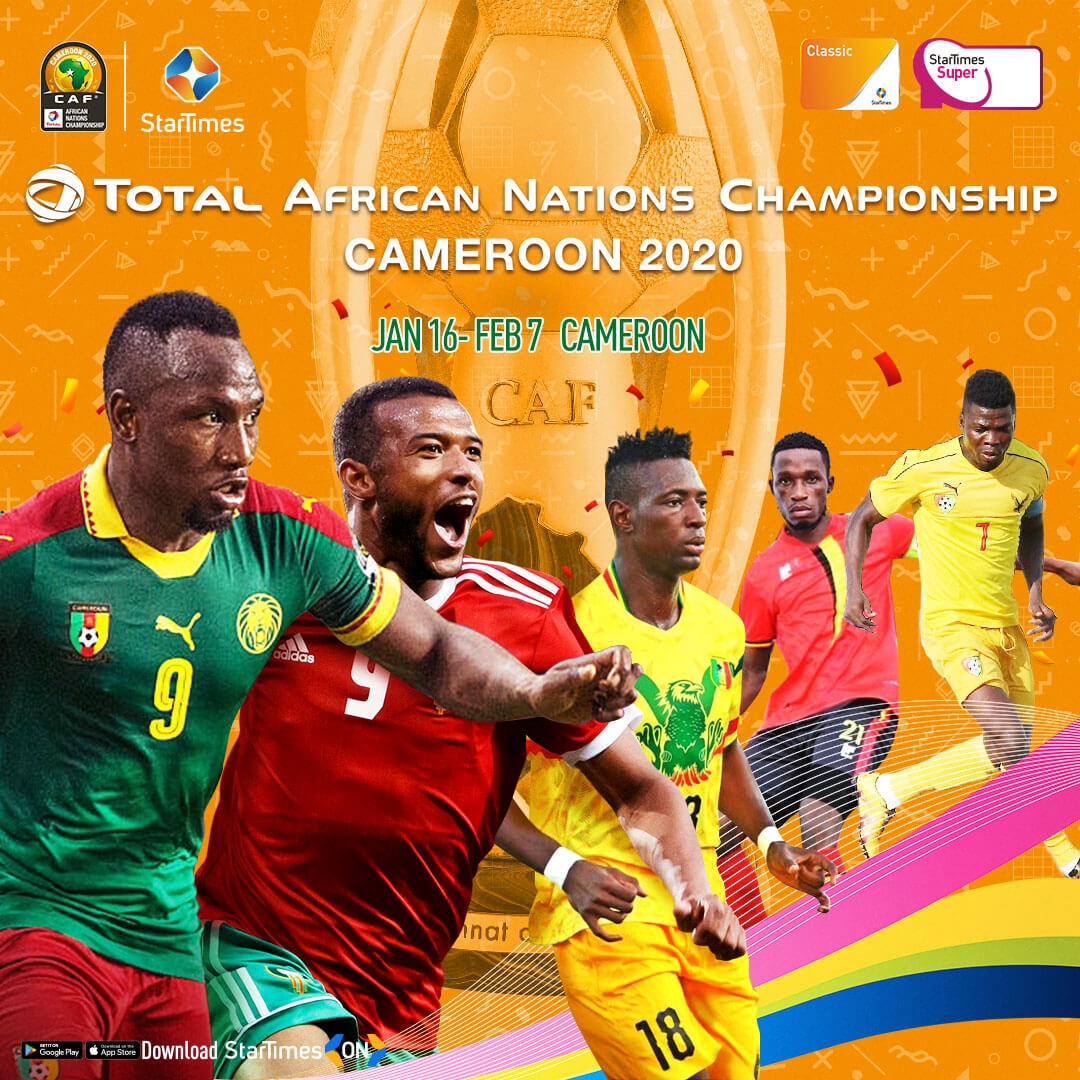 The Confederation Africaine de Football (CAF) and the digital television operator StarTimes are pleased to announce the signing of an agreement by which the media group obtains the broadcasting rights for the Total African Nations Championship, Cameroon 2020 (Total CHAN Cameroon 2020), scheduled from 16 January to 7 February 2021 in Cameroon.

Under this agreement, the operating license issued by CAF grants StarTimes the right to broadcast all the competition’s matches (a total of 32 matches) in the territories of sub-Saharan Africa.

The collaboration between CAF and StarTimes is the first of its kind between the two entities, with the ambition of offering African football fans wider access to one of CAF's most important competitions. The agreement reinforces CAF’s ambition to facilitate access for the largest number of football fans in Africa to images of its top competitions.

Constant Omari, CAF Interim President said "We are delighted with this alliance with StarTimes, an internationally recognized group in the field of football broadcasting which enhances one of our most beautiful events, and brings together more and more public. Through this new partnership with a key player, we are expanding the audience of Total CHAN to make it an essential destination for football fans in Africa.”

Lily Meng, General Manager of StarTimes Media Division, said “StarTimes is committed to promoting African football. This partnership with CAF marks a milestone for us. Working together with CAF to broadcast Total CHAN, StarTimes is now able to bring football fans throughout the continent closer to their favourite teams and players.”

The Total African Nations Championship is a tournament designed exclusively for footballers playing in their domestic leagues. The competition brings together 16 teams divided into four groups of four each.

Founded in 1957, the Confederation Africaine de Football (CAF) is the governing body of football in Africa. Its founding members are Egypt, Sudan, Ethiopia and South Africa. CAF brings together 54 member associations and its headquarters are in Cairo, Egypt. In 2017, CAF launched a restructuring program whose main objective is to make football a powerful tool of education, tolerance and openness for African youth. To realize this vision, CAF is committed to reforming the institution, both in its organization and functioning, and to put in place a new mode of governance in which its Executive Committee has real decision-making power.

StarTimes is the leading digital TV operator in Africa, serving 13 million DVB subscribers and 20 million OTT users in 30+ countries. StarTimes owns a 720 channels’ content platform. The company's vision is "To ensure that every African family can access, afford, watch and share the beauty of digital TV".